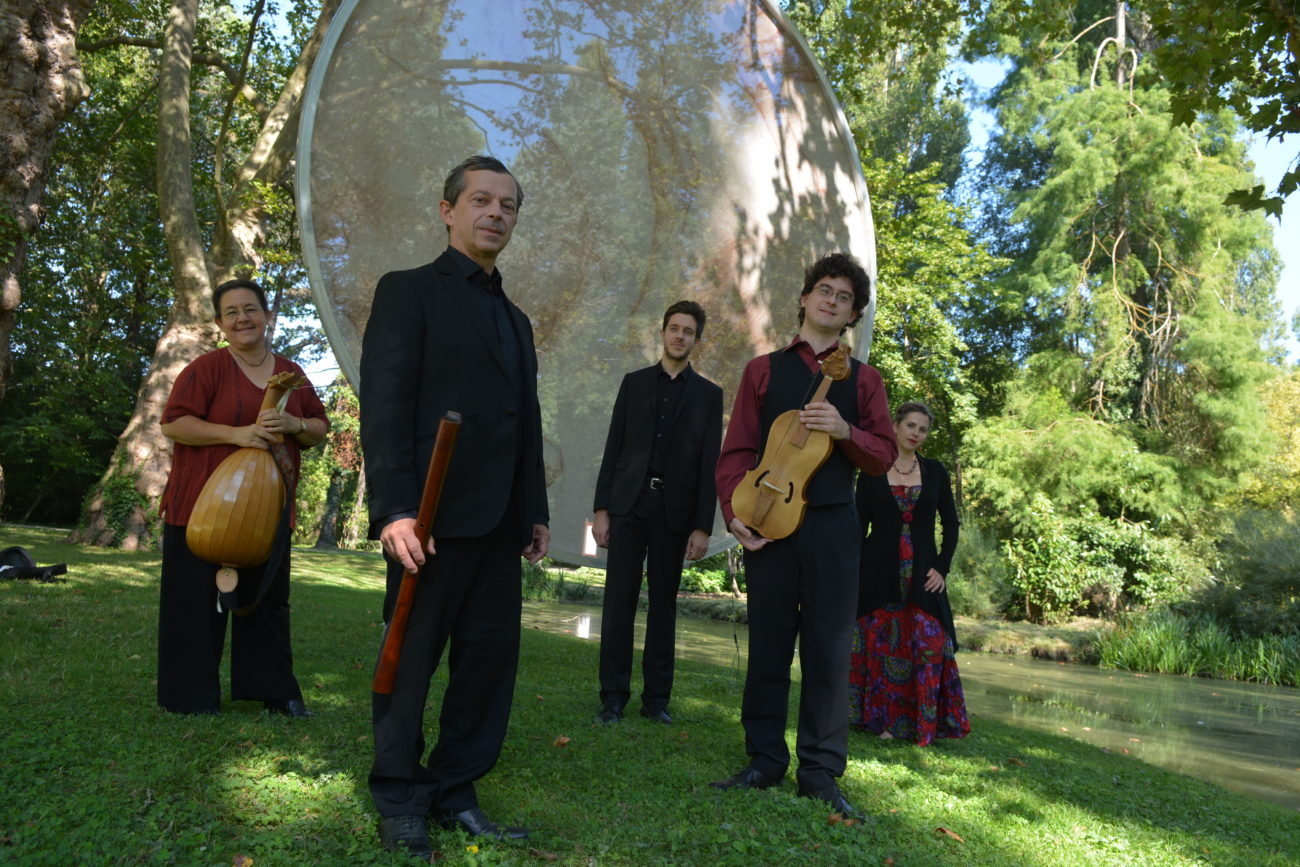 Da Vinci’s taste for music is well-known and has been confirmed by many testimonials from his contemporaries. Leonardo was also famous as a player and improviser on the lira da braccio. His passion for music stemmed from his youth, with musicians frequenting painters’ studio. During his youth, his first teacher in Florence, Verrocchio, was also a musician, as were many painters at that time. Try to imagine the ambiance in that workshop, where Boticelli, Pietro Perugino, Ghirlandaio Lorenzo di Credi and other worked: the artistic emulation, the instruments there – lute, lyre and song – in short, music was everywhere. Rather than seeking out music that Leonardo could have played, or following his travels from town to town (as Doulce Mémoire has already done), this time we want to hunt down the secret music of his paintings. This process is both a scientific one, as we will be looking at music that was contemporary to da Vinci, but also eminently poetic, in order to penetrate the mental world of that genius. “But painting excels and ranks higher than music, because it does not fade away as soon as it is born, as is the fate of unhappy music,” wrote Leonardo in his Treatise on Painting. Our project will attempt to find that music.