Visions of an Artist: André Meyer

March 16 to April 22, 2019
André Meyer, an internationally-renowned artist who recently moved to Valençay, will be presenting his engravings, drawings and sculptures.

After traveling across France, Europe and the world with paper and pencil in hand, after exhibiting his work in solo and group shows in many locations, winning multiple awards like from Casa de Velázquez, where he stayed from 1974 to 1976, and after setting up his studio in Burgundy, Arles and Brittany, André Meyer decided to come live in Valençay three years ago, founding Nos Ateliers de Valençay in the heart of town with his significant other, herself also an artist.

His eye and his pencil soon came across the château and its protectors, Talleyrand and Antonin Carême.

After exhibiting 50 years of artwork at his studios in September 2018, Château de Valençay invited him to open the 2019 season, giving him carte blanche in doing so. In the space of a few months, André Meyer created a number of drawings specially for the exhibition, as a complement to his past work, and invented beautiful and fully frames for his meticulous creations.

Working on the smallest to the largest pieces, his talent is always served by his attention to detail.

In viewing and re-viewing his drawings and engravings, you will be continuously amazed by the new things you see each time.

André Meyer studied at the Dijon School of Fine Arts. From 1985 to 1989, he was the Artistic Director of the Pointe et Burin association of copperplate engravers. 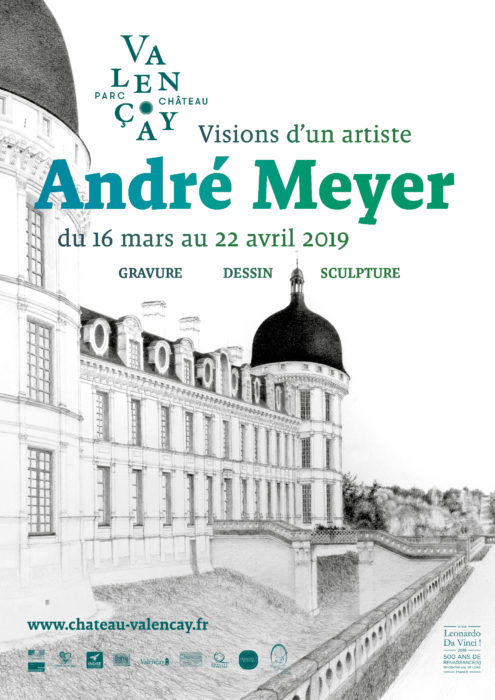