Château de Valençay will be launching a special program for the 500 Years of Renaissance(S] in the Centre-Val de Loire Region, over the course of a great weekend, on June 1 and 2 of this year.

On the program are the inauguration of the exhibition Builders of Valençay during the Renaissance, a “Sounds of the Renaissance” concert and an end-of-residency workshop by students from the Conservatoire de Paris.

“Sounds of the Renaissance” Concert

The Ensemble Instrumental de Bourges, led by Philippe Macé, will be putting on an amazing concert called “Sounds of the Renaissance” in partnership with the Palais Jacques Coeur in Bourges.

The following two pieces will be created:

– Sillage (“Wake”) by Philippe Macé
We know that the Renaissance era witnessed vitality in the development of the arts, particularly music. Through polyphony, shapes and instruments, it is as if an acceleration occurred as a comet passed by, speeding towards the Baroque period and then the Classical. I really like the idea of seizing hold of some fragments of sound, tone, rhythm and dance in the wake of that comet, causing them to emerge in other audio universes.

– Regards (“Views”) by Jean-Christophe Cholet
The Renaissance was rich in musical innovation so, rather than arranging or orchestrating existing pieces from that time, I wanted to use the music of the Renaissance like a great big open book, a subject of or pretext to a new world of imagination.

The concert will take place in the château’s Grand Courtyard.

Since 2018, Valençay has hosted an incubator for young artists, in partnership with an acting school, the Conservatoire National Supérieur d’Art Dramatique de Paris.

The students will be working on a piece under the artistic and educational direction of Xavier Gallais. They will also be assisted with the script by Florient Azoulay. As part of their preparations, they will be coming to Valençay for a residency, to reframe the piece on a historical stage. At the end of their three-day residency, they will be presenting their work to the public, in the form of a public workshop with commentary.

In 2018, they cut their teeth on Racine’s Phèdre. In 2019, they will be tackling The Satin Slipper by Paul Claudel, the famous writer and diplomat who loved the Loir-et-Cher region. The play recounts a love story set during the Spanish and Portuguese Renaissance. 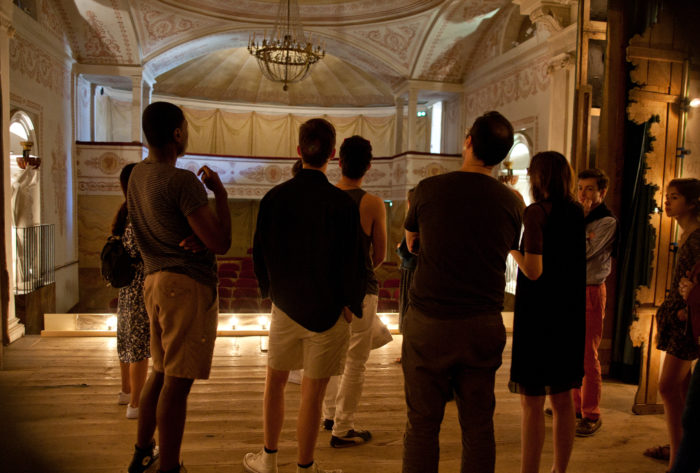