For the entertainment of the prince

From 1816 until his death, Talleyrand stayed at Valençay for a few months every year, surrounded by his family and the many leading figures of the times whom he counted as friends. In 1819, he launched construction on a building in the communal area, designed to be a private theater for his own entertainment and that of his entourage. The Duchess of Dino and her children were particularly fond of theater, as was Talleyrand, himself.

The project, entrusted to the architect Claude-Marie Denuelle de Saint-Leu, was completed in 1820. Local artisans were brought in to work on the shell, while Parisian specialists provided the interior design of the front of house and the sets. 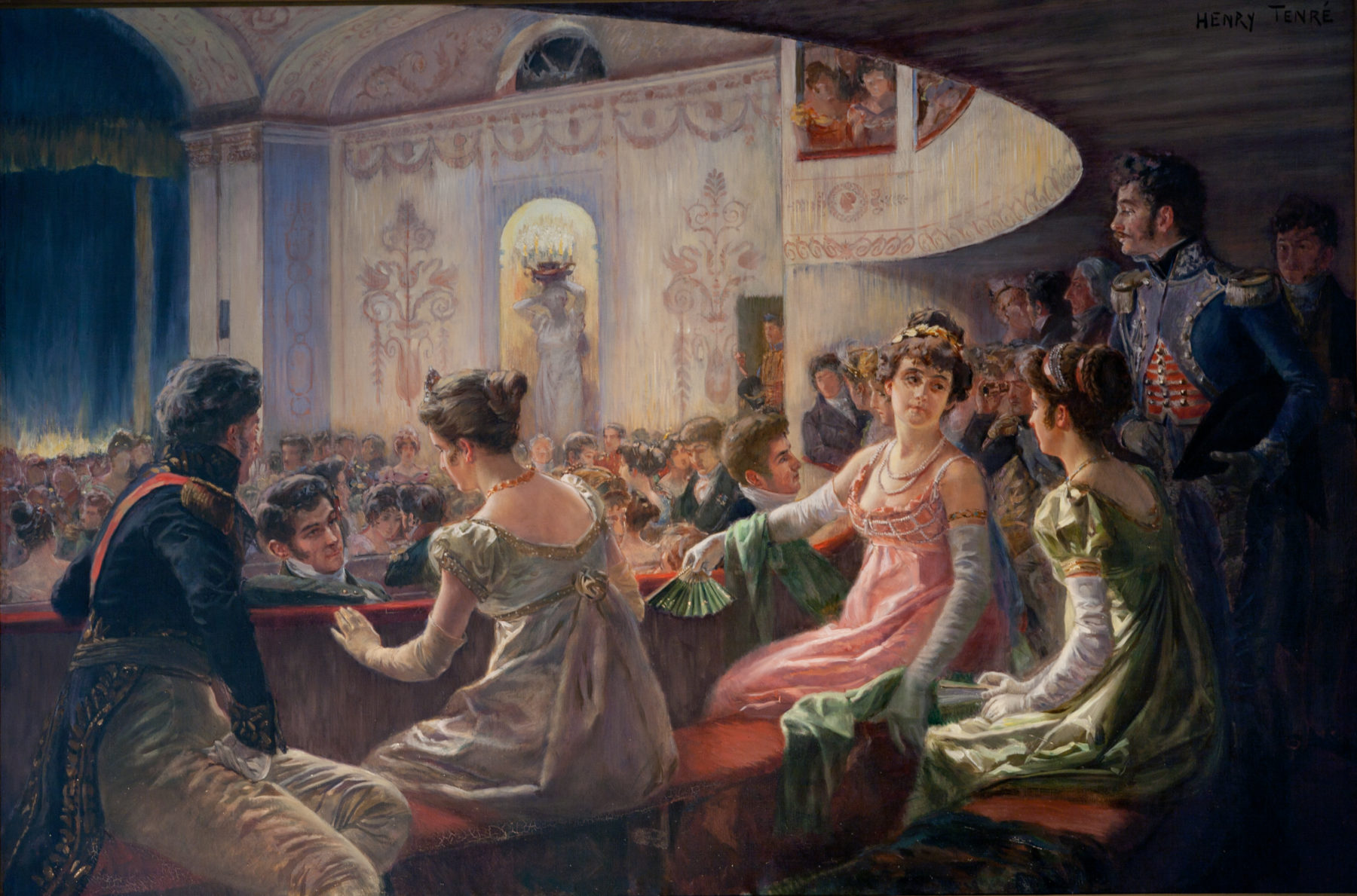 The theater’s defining feature is the magnificent conservation of most of its original sets. Talleyrand had enlisted the service of a promise artist, Pierre-Luc-Charles Ciceri, then head painter at the Paris Opera, who decorated the walls in the theater and created multiple sets. In particular, the theater owed its Forest, Public Square and the rustic Bedchamber. Other sets have also been preserved, like the sumptuous Drawing Room and the superb background painting of the Château de Valençay on canvas.

The recently restored lamp-bearing statues in the orchestra, depicting tragedy and comedy, date back to the theater’s construction. A large number of Argand lamps, the oil lamps used to illuminate the stage, have also been preserved. Special lighting has been installed, to re-create the gentle light given off by the Argand lamps, back in the day. 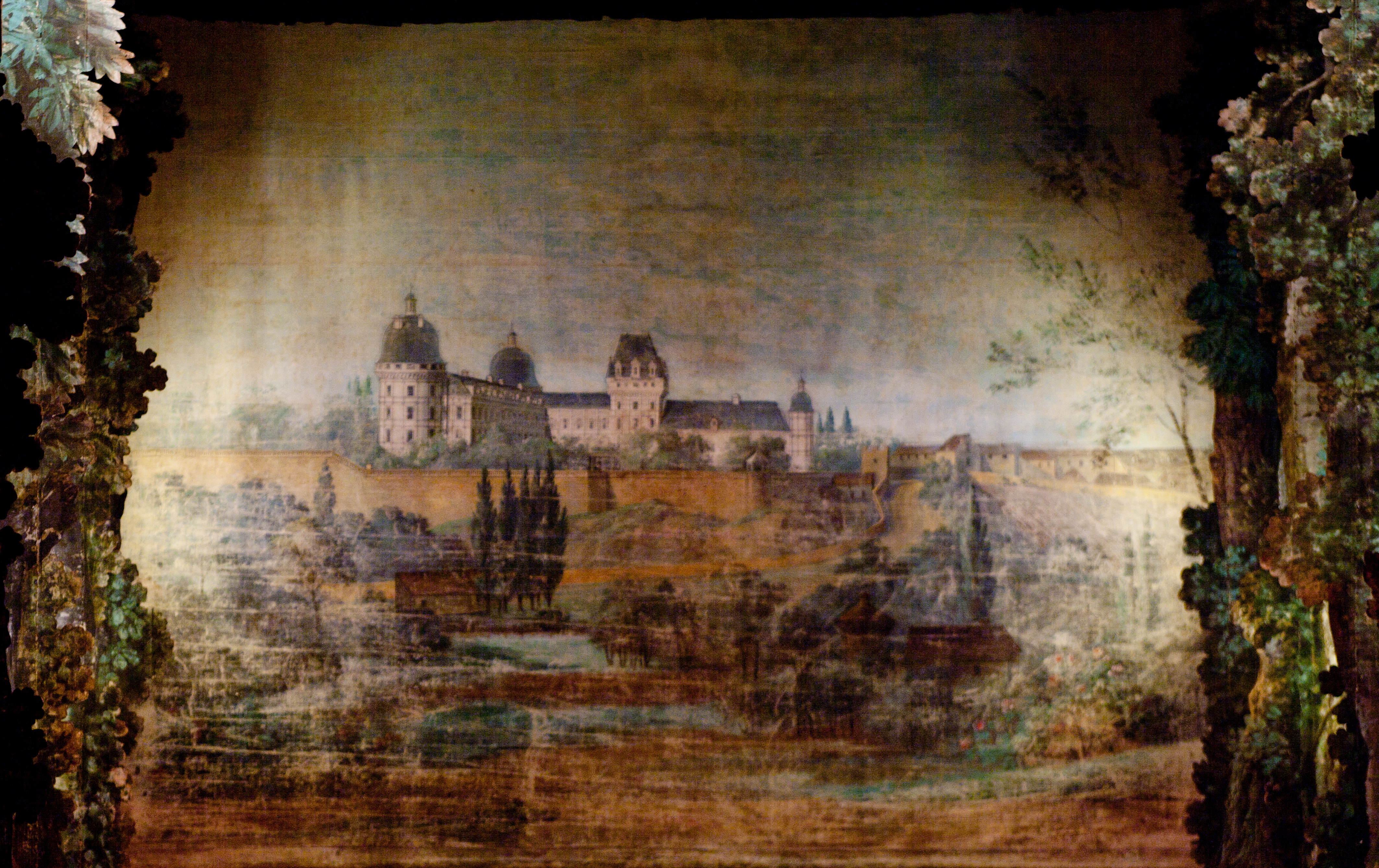 Although, during Talleyrand’s lifetime, professional artists regularly appeared on the stage of Valençay’s theater, its primary use was for society theater, performed by amateurs, which was very popular in the first half of the 19th century. Guests at the château would prepare theatrical and musical evenings, for which they work with as much care and attention as professionals, spending weeks making costumes, printing invitations and programs, and rehearsing.

The repertoire primarily consisted of vaudevillian acts and comedies, some of whose scripts are preserved to this day in the château’s archives. Every September, for the Feast of Saint Maurice, the household would organize a surprise at the theater for the Prince of Talleyrand, a family tradition that would continue after his death. 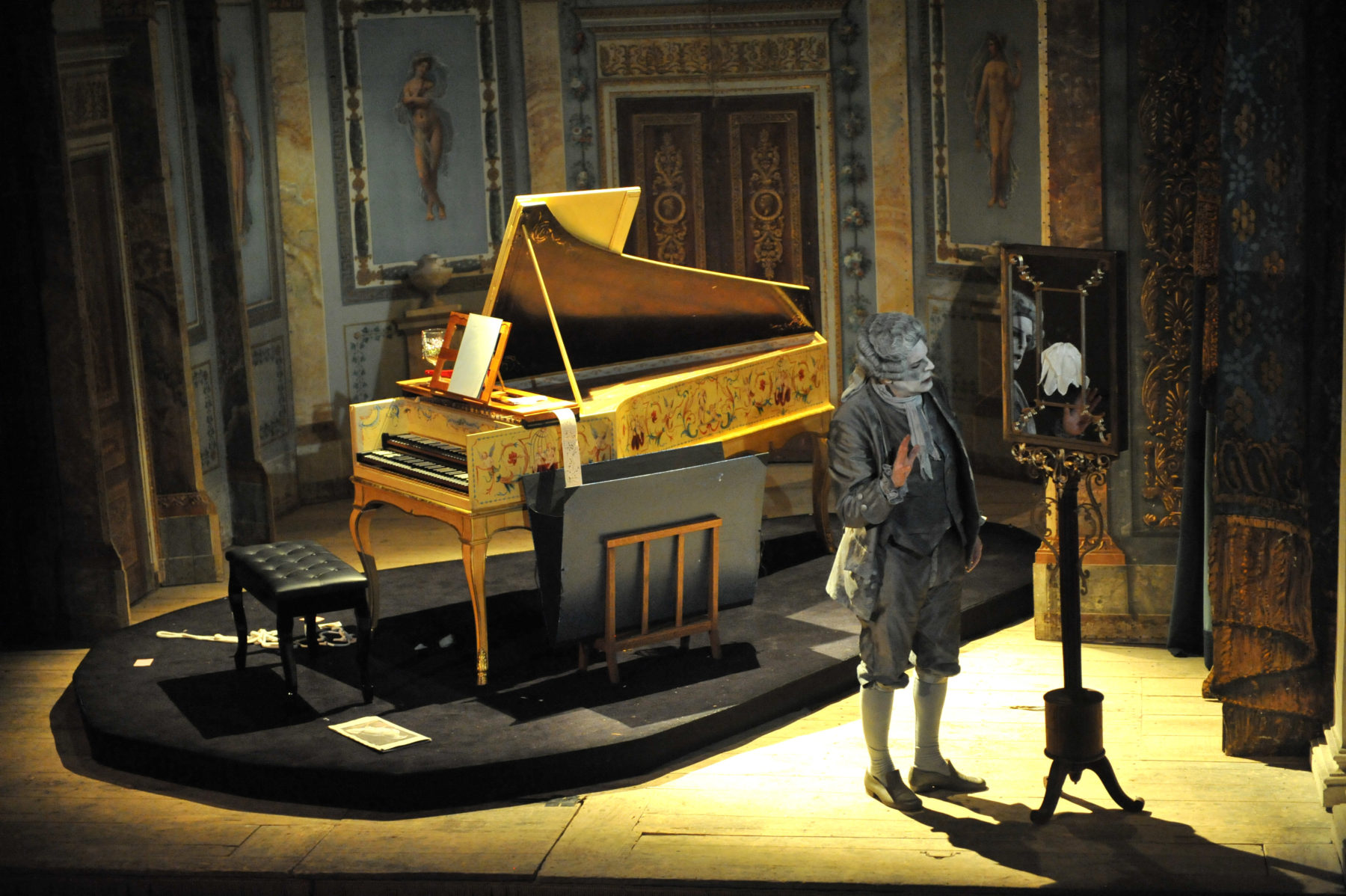 After fading from memory in the early 20th century, the theater was rediscovered in the 1980s and then officially reopened to the public in 2013.

It now has a twofold purpose, divided between guided heritage tours and a program of artistic events that bring heritage and various disciplines of art into a captivating dialogue. And so, throughout the year, whenever we can, we offer a variety of themed events, such as the Talleyrand Festival (dedicated to music played on ancient instruments), Les Diplomatiques (multidisciplinary days focusing on the art of diplomacy), the Imaginary Salons (devoted to literature and music), shows for kids, and the list goes on.

Additionally, the theater’s extraordinary acoustics have inspired many an artist to record their music against this choice backdrop. 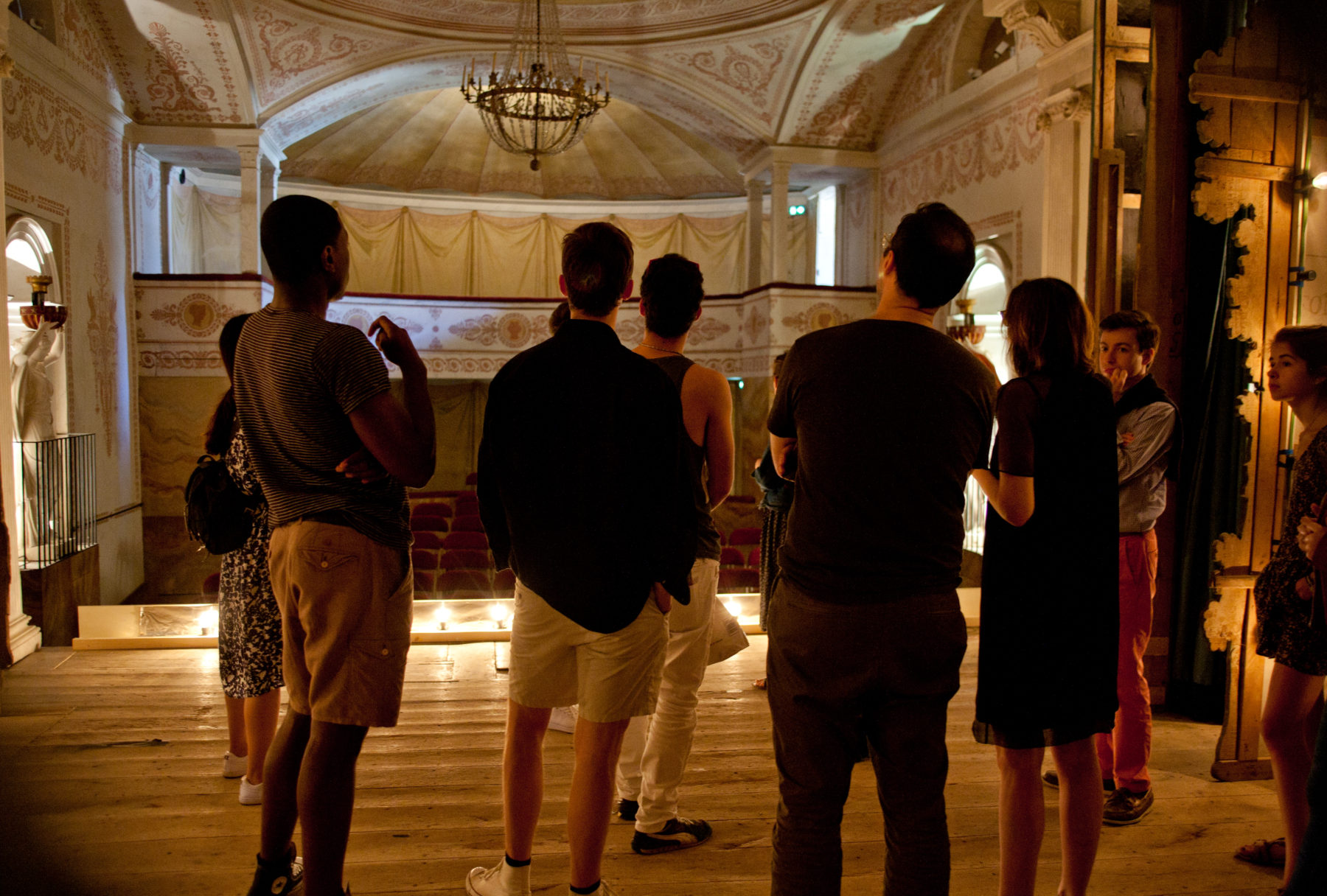